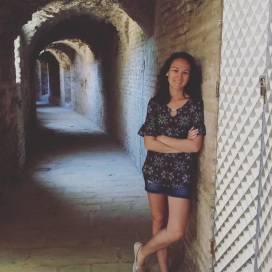 Emily Bartlett is a junior at Mercer who is majoring in Creative Writing, Spanish, and Communication. This is her third year working on The Dulcimer, and she is excited to act as the club’s fearless leader. She plans to utilize her organizational and communication skills to make this year easy and fun for the staff who she is sure are going to create an amazing magazine. In her spare time, Emily enjoys doing P90x3, sleeping, and painting the town red with her girlfriend. 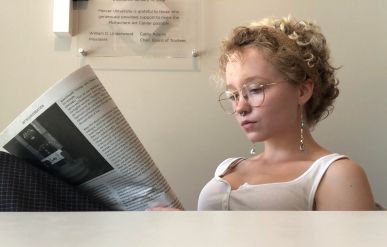 Ivy is a second-year student at Mercer double majoring in English Literature and Creative Writing and double minoring in Women & Gender Studies and Photography. Her passion lies in poetry, which often features motifs of fruit, and has been published in The Atlanta Review. When Ivy isn’t writing, she’s reading a book in the sunshine, hunting for vintage cameras, and café hopping to find the best vanilla iced coffee.

Kallie McDaniel is a junior at Mercer studying English with minors in History and French. This year, she is very excited to be acting as the Co-Lead Designer for The Dulcimer where she will be able to use her passion for digital design. When she is not writing papers and reading middle-English, she loves to cook, (unironically) write poetry, and, especially, paint the town red with her girlfriend. 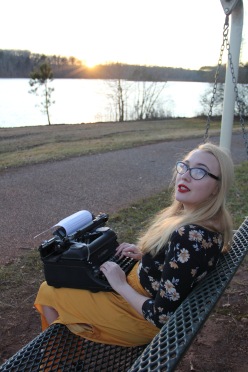 Marianna Bacallao is a senior Journalism and English major. She’s responsible for the past two Dulcimer covers and is currently the Editor-in-Chief of Mercer University’s student newspaper, The Cluster. She’s won multiple awards for her writing, photography, and plays.

Adae Brown is a third-year computer whisperer reliant on art to shelter them from the constant woes of their chosen specialization. Quite confusingly for them, the Dulcimer expects them to both deal with computers and make art in close proximity. Let’s see how that goes.

Will Darragh is a senior Computer Science major at Mercer University. His interests in computer science include applying technology to fields such as education, literature, and the arts. Other than computer science, he enjoys a laundry list of hobbies, including, but not limited to, creative writing, science fiction and fantasy novels, gardening, home-improvement, cooking, baking, BBQ, video games, and classic rock. He currently spends his time staring at grad-school application essays and drinking too much coffee.

Cecelia Poehlman is a sophomore at Mercer University, where she is studying Creative Writing, with a side of Graphic Design and German. After completing her degree, she hopes to find work as an editor for a major science fiction or fantasy publishing imprint. In the meantime, she occupies herself by playing Dungeons and Dragons, fencing, creating art and literature, and precepting for the Great Books Program.

Elizabeth Tammi is a senior creative writing and journalism double-major. Originally from Oviedo, Florida, Elizabeth has worked for The Dulcimer since her first semester at Mercer University. She is thrilled to work as the Marketing/Events Coordinator. Previous positions she held on the magazine include Literary Submissions Manager, Outreach Coordinator, and general staff. Elizabeth is the author of two novels for young adults (Outrun the Wind and the forthcoming The Weight of a Soul) and is represented by Renee Nyen at KT Literary. Her short story “Rebecca and Alex” placed in the Columbia Scholastic Press Association’s 2018 Traditional Fiction Gold Circle Awards and she also studied literature and writing as a visiting international student at Oxford in 2018. Outside of creative writing, Elizabeth has interned with NASA and Georgia Public Broadcasting.

Savannah Granito is a first-year student at Mercer University. She is majoring in Biology and Chemistry with an Art minor. She has a 2nd-degree black belt in Taekwondo and can sing the alphabet backwards. She is passionate about insuring quality medical care for all, specifically, cardio-thoracic care. 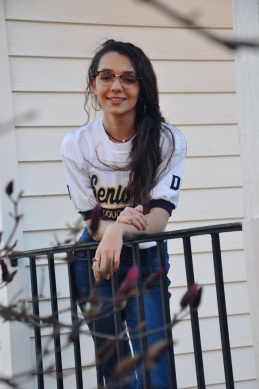 Morgan Dykes is a first-year student at Mercer University planning to double-major in Biology and Spanish and minor in Chemistry. While she is also on the pre-medical track with hopes of becoming a psychiatrist, her passion for science and medicine is easily matched by her love of art. Painting and sculpting since she could get her hands around the tools and writing creatively since she was seven, Morgan’s work has been recognized both locally and nationally. When she is not writing or obsessing over getting her homework done, she can be found traveling or pouring over one of her many plants and begging them not to die. This is her first year on the arts committee staff for The Dulcimer, and she is excited to be a part of such a talented team. 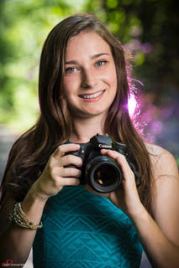 Katie Linkner is a freshman planning on majoring in Journalism. Her greatest passion is her photography, which is why she joined The Dulcimer. She hopes to work in digital media after she graduates from Mercer. She’s had experience working for ESPN3 and interning at Talladega Superspeedway for photography. Katie has also won several awards for her photos. In her free time, she loves horseback riding and painting.

Faith Reagin is a sophomore at Mercer pursuing a BFA in Studio Arts. She enjoys doing all types of art, but photography and drawing hold special places in her heart. She has always been a creative person, and she loves the process of making art. She works at the Mceachern Art Center in downtown Macon and aspires to one day have her own gallery/ studio and travel all over the world. In her free time, Faith enjoys being outside and reading or listening to music. This is her first year working on the Dulcimer. 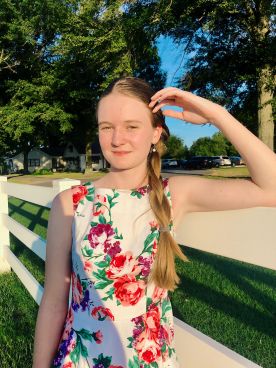 Allie Whitehead is a first-year student from Tennessee, currently double majoring in Law and Public Policy and Journalism. She has been published through the Dickson Post, her hometown paper, where she discovered her interest in journalism. Though interested in politics, activism, and community service, her passion lies in writing creatively and agonizing over fictional characters. She’s excited to help others cultivate their literary passions here at Mercer University. 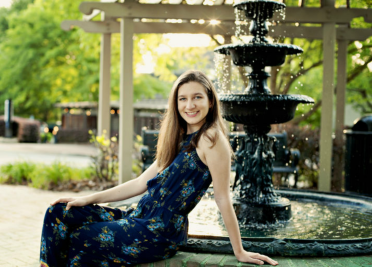 Sam is a freshman Journalism and Law and Public Policy major, and she is on the literary committee. She loves reading and writing and looks forward to working on The Dulcimer. Her favorite TV show is Parks and Rec and she enjoys music and community service.

Marylou is a first-year student at Mercer, who intends to complete a double major in Creative Writing and Biology. She is currently dipping her toes into everything that catches her eye, which includes activities like Mercer Singers to the fencing team. But the one thing she was certain when she came to Mercer was that she wanted to find a community of writers as passionate about storytelling as she is. She believes The Dulcimer will be an endless source of that. Marylou is most proud of a select few of her accomplishments: winning the 2019 Poet Laureate’s Prize for the state of Georgia, founding the literary magazine and weekly writing workshop at her high school, and being able to quote Avatar: The Last Airbender with incredible ease.

Savannah Smith is a freshman majoring in English and Economics. She loves to brag about her experience as a historical reenactor and the numerous Taylor Swift concerts she has attended. She is additionally passionate about women’s roles in literature, both as authors and characters. She hopes to specialize in this as a professor.

Mandi DeLong is a sophomore at Mercer University, majoring in English Literature. She’s joined the Dulcimer for a second year because one year of literary submissions and general staff work just wasn’t enough. Without fail, Mandi will always cite her status as a twin or as a natural redhead as a fun fact when asked. Ironically, she enjoys creative writing, especially fantasy, along with dogs and hanging out with her family or friends. Her passion is storytelling, but she’ll always have a special place in her heart for novels.

Kiki Smith is a junior double majoring in Biology and Criminal Justice. She is on the Literary Committee and General Staff for The Dulcimer. Her first language is Afrikaans, and she hopes to one day work in forensics and botany.